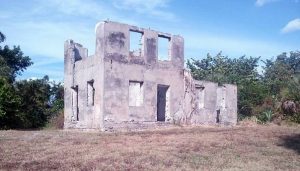 The shell island located just south of Marco Island is a significant archaeological site. Early native American Indians lived on this island more than 4000 years ago. Today Horr’s Island is called Key Marco. Key Marco is sandwiched between Barfield Bay and Bluehill Bay. The island which totals 546 acres, was once a pineapple plantation and before that was the home of Captain Horr. Renants of Captions Horr’s home are listed on the National List of Historic Places and the foundation can still be seen although access to the island is limited due to the gated nature of the community. Find Key Marco (Horr’s Island) southwest of Marco Island traveling towards Goodland, take a right on Whiskey Creek Drive which is a gated housing development. You have to check in at the gate and show your driver’s license to get in. View the recent video of the former Capt. John Foley Horr House by clicking below. Ask us about the Key Marco or share your comments. To feature your business online, contact us. 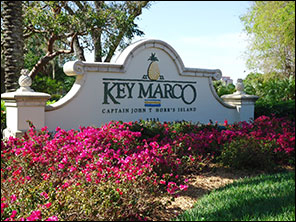 Horr’s Island (Key Marco) was the largest known community in the southeastern United States to have been permanently occupied during the Archaic period – approximately 8000 years BC.